Download Depple to hear about local in-store deals. Weekly ads are great tools to spot the top deals. If you want an app that hosts more deals check this out.

Besides them, there are coupons, website deals, mfr’s coupons, and many more offers. But there are also in-store deals that many bloggers love to share on their websites. Instagram is full of them. Facebook is full of them. In almost every social media platform, you can find pages and users that share their grocery hauls, and in-store deals. Sometimes even brands post them. But they might not be available in your store. Every place has its own brands. Where Kroger is available, there might not be a Walmart. Sure, some brands are country-wide available but most grocery stores are not. 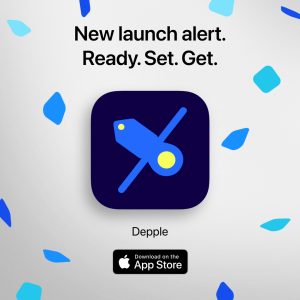 There is a new app called Depple and it shows only local stores which are only far enough for you to walk. Its aim is to organize these deals on a page. It kind of solves the problem for deal hunters who see deals in stores that are not available in their area. When someone posts a deal from a supermarket they have to choose the supermarket in their area. The app doesn’t show any other store anyway. And users can’t choose a distant one when posting a deal. Download now.

Post The Deals You See In a Local Store on Depple

Depple allows users to post pictures of products and deals they see on the shelf of a supermarket. It shows nearby stores, pharmacies, department stores, and restaurants and you can see them on the map, too. There have been local deal apps before but most of them are not available currently on the app store. Depple will also show you our affiliate deal links to Target, Walmart, Best Buy, Amazon, and other major retailers. Seasonal deals like Halloween, Christmas, holiday gifts, Cyber Monday, Black Friday, and more.

There are many platforms that offer their content for deal hunters and savvy shoppers. The thing about this app is that you will be able to post what you see in an aisle but for only local stores. It might be useful for small shops which don’t have the budget to advertise. Also, Depple deletes all deals after 24 hours.

Say you are in Jacksonville. Your map will show the locations of your choice like this:

When you tap one of them, you can go to their store page where the deals that belong to that store will appear. Like this:

It is easy, just tap on the middle plus button on the bottom. It will present a screen where you can add an image and write title and description. But you must choose a store otherwise you won’t be able to post anything. Only post local in-store deals like the one below otherwise moderators might delete your post. They only allow deal content nothing else.