Apparently, Roomba products are really popular among the sales during the Black Friday event in all stores. Target, Kohl’s and Walmart have several Roomba deals and one of them is iRobot Roomba 675 wi-fi. It’s currently $199.99 at Target. You will save 33% off if you buy that. Here you can buy it.  With this little home device, you can connect to the app on your phone and command it to start cleaning. If you don’t want to do that, you can just hit the clean button on the device. You may also schedule through the app. One of the things about the device is you will hear some noise. But it finds its path itself to clean small discontent on your floor. Roomba 675 will randomly wander in your rooms. If you have a smooth surface floor, it can work even better. When its charge is about to end, it will go back to the charging station. I recommend you to place the charging base in the same room with the device because otherwise, it may not find it. But iRobot Roomba 675 wi-fi is just one of the Roomba deals. With the Target Red Card, you can get an extra 5% discount, too. Find similar deals and content on Target Weekly Ad, too.

Here are the pictures of iRobot Roomba 675 (source: target.com): 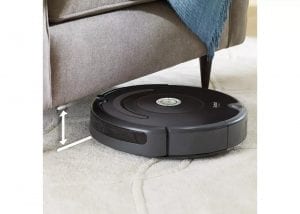 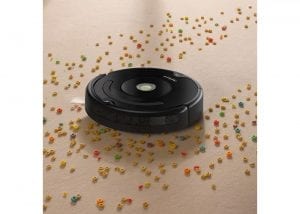 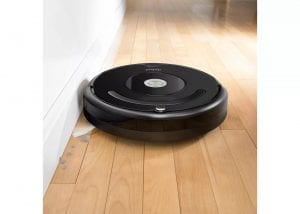 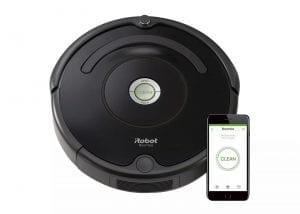 Similar deals and subscriptions do exist in other stores like Walmart as well. You can also use Google Assistant or Alexa  Roomba 675 is also one of the cheapest products of iRobot on Target. Walmart has iRobot Roomba 670 for a $2 cheaper price. But at this point, I think it’s not a that significant difference. But the price range appears to be something between $250 to $450 for these devices. I think it’s one of the most convenient techs for your home. And if you want to improve your home to a point where smart tech is really important I think iRobots are one of the essentials for you.